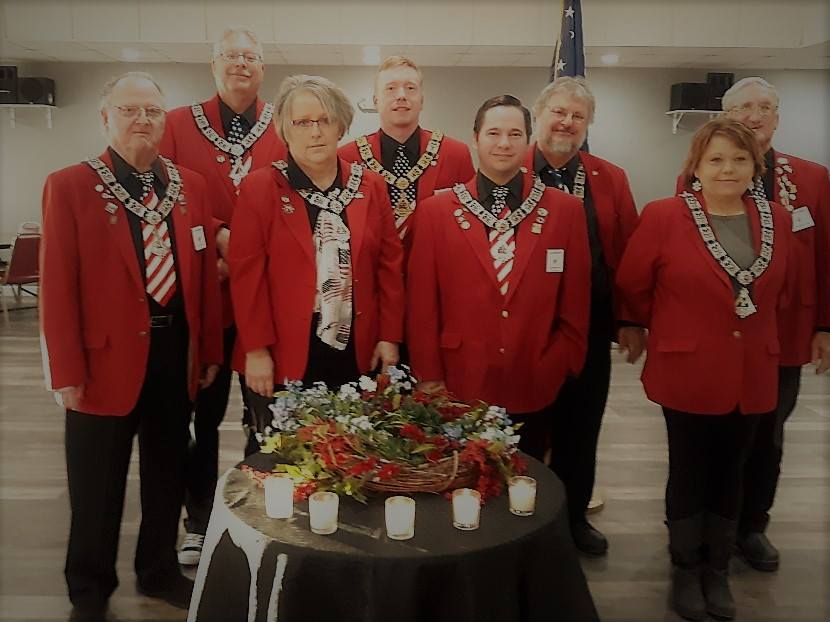 Hastings Elks Lodge 159 had their Memorial Service for their departing members of 2018 on December 9. Those being remembered were James Connely, Larry Barnes, Donald Whitcomb, Donald Kissler and John Osborne.

Excerpted from Hastings Daily Tribune SourceHeadquartered in Chicago, the Elks organization was founded in New York in 1868 by 13 actors under the name Jolly Corkers. Famous members include several former U.S. presidents, including Dwight D. Eisenhower, Harry S Truman, John F. Kennedy and Gerald R. Ford. President Bill Clinton utilized a scholarship from the Elks to help pay his law school education. Current members include Ben Affleck and Clint Eastwood. Locally, the Elks called several locations home during their first 13 years in Hastings until establishing a permanent quarters on the third floor of the First National Bank Building at Second Street and Hastings Avenue in 1903. The club relocated to the Fifth and Denver location with a $50,000 build in 1928. The Elks moved to the Hastings College campus in 1973 to lease the former Meadowbrook Golf Course and Country Club at 12th Street and Elm Avenue. When the college decided to build a new sports complex at the location, the Elks relocated to property on the Central Community College-Hastings campus in 1999 and built the current clubhouse and nine-hole golf course. A few years later, the course was expanded to 18 holes.

*Closing time may vary depending on scheduled events.